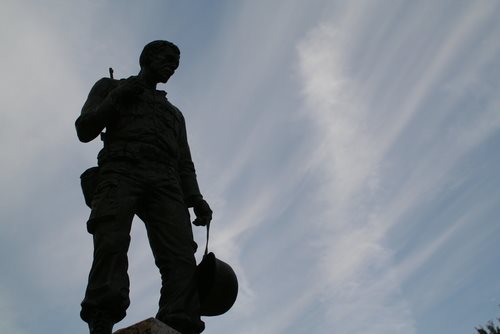 What is the Office of Personnel Management (OPM)?
The Office of Personnel Management is an Independent Federal Agency that undertakes the regulation, oversight, and administration of Civil Service employment within the Federal Government of the United States of America; Civil Service is defined a non-military government employment that is furnished – or – awarded – in conjunction with the individual merit of that individual applicant.
Due to the fact that the notion of Civil Service has undergone a tumultuous history, the OPM was enacted in order to ensure fairness, equality, and constitutionality with regard to both administrative and hiring process concerning American Civil Service:
The History of Civil Service
In 1883 – following the assassination of President James A. Garfield, which occurred at the hands of Charles Guiteau – legislative reform was enacted with regard to the appointment and hiring processes regarding Civil Service employment. Charles Guiteau was rejected from his attempt to be employed under a Civil Service position under the Presidency of James Garfield; as a result of his rejection with regard to the presumed bias in the decision-making process, he shot and killed President Garfield.
As a result, the Pendleton Civil Service Reform Act was passed in order to both deter the unfortunate events latent within the Garfield Assassination, as well as provide for procedural reform:
Civil Service examinations were required by all applicants
Civil Service employees were prohibited from the appointment, as well as the termination mandated by elected officials
OPM Quick Facts
Independent Federal Agencies are typically without a single director or executive; in contrast, independent government agencies – such as the OPM – are overseen by an executive directorial board; due to this fact, the Executive Branch retains less managerial oversight of the OPM than its agency counterparts. Although the President of the United States retains administrative jurisdiction over the OPM, the presence of a committee of directors allows for a decreased executive authority over hiring, staffing, and administration. The following details outline the structuring of the OPM:
The OPM was founded on January 1st, 1979 following the passing of the Civil Service Reform Act of 1978, which instituted regulatory reform relating to Civil Service upon further modifying the required, merit-based hiring and promotion processes
The headquarters of the OPM are located in Washington, D.C.
The OPM is administered by a director John Berry; however, the directorial methodology of the OPM is overseen by an executive board
Independent Government Agencies
Independent Government Agencies are specific organizations and bureaus under the overarching jurisdiction of the Federal Government of the United States; however, these independent agencies are typically without a specified Department responsible for their respective oversight and administration. However, while non-independent government agencies are classified as existing under the jurisdiction of the Executive, Legislative, and Judicial branches, the OPM – as well as the bulk of independent government agencies – are under varying degrees of the Executive branch’s jurisdiction.
OPM: Legal Information and Further Assistance
Please find both the primary address and telephones number of the OPM below:
United States Office of Personnel Management
1900 E Street NW
Washington, D.C. 20415
(202) 606-1800

A Glance into the Code of Federal Regulations

A Guide to the Diversion Control Program

Guide to the Department of Human Services