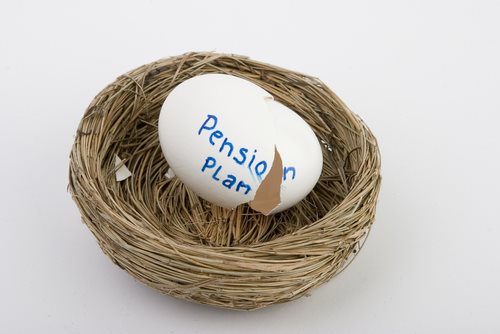 What is the Pension Benefit Guaranty Corporation (PBGC)?

The Pension Benefit Guaranty Corporation is a Federal agency that operates within the United States of America, which is responsible for upholding, supervising, and managing both the disbursement of pension plans, as well as the promotion for the continued application for pension plans offered; due to the fact that pension plans are disbursed at the time a retired employee has reached the required minimum retirement age (MRA) – or has suffered a debilitating ailment preventing them from employment – the furnishing of pensions is considered amongst the top priorities with regard to the disabled and the elderly:

Currently, eligible individuals retiring at the age of 65 are entitled to no less than a $54k pension fund subsequent to reaching the MRA

The Pension Benefit Guaranty Corporation is an Independent Federal Agency responsible for the regulation and oversight of pension benefits entitled to employees in the United States of America. The instrument of a pension plan within the United States allow for a system allowing individuals to be eligible to engage in the receipt of allotted funds or investments set aside during the time of employment; subsequent to retirement, the PBGC will assist the individual in the collection and management of this monetary disbursement in accordance to legal regulations:
Pension Plan Management
The PBGC undertakes management of the following types of pension plans:
A defined-benefit pension plan is a type of pension plan awarded to a retiree that exists outside of the performance of a communal investment of a specific pension fund
A defined-contribution fund is a type of pension plan that allows for increased  – or decreased – monetary reward at the time of retirement in conjunction of the performance of an investment undertaken with regard to a specific and communal pension fund
PBGC Quick Facts
Independent Federal Agencies are typically without a single director or executive; in contrast, independent government agencies – such as the PBGC – are overseen by an executive directorial board; due to this fact, the Executive Branch retains less managerial oversight of the PBGC than its agency counterparts.
Although the President of the United States retains administrative jurisdiction over the PBGC, the presence of a committee of directors allows for a decreased executive authority over hiring, staffing, and administration.
The following details outline the structuring of the PBGC:
The PBGC was founded on September 2nd, 1974 as a result of the passing of the Employee Retirement Income Security Act of 1974, which instituted regulatory reform regarding the legal requirements of pensions offered to State and Federal employees
The headquarters of the PBGC are located in
The PBGC is administered by Joshua Gotbaum – it is not uncommon for independent government agencies to include terms such as ‘Corporation’ in their respective title due to a group management structure in lieu of a single director
Independent Government Agencies
In contrast to non-independent government agencies, whose overseeing bodies may range from the Department of Defense to the Department of State, independent government agencies, such as the PBGC are not required to report to such a department. However, while non-independent government agencies are classified as existing under the jurisdiction of the Executive, Legislative, and Judicial branches, the PBGC – as well as the bulk of independent government agencies – are under varying degrees of the Executive branch’s jurisdiction.
PBGC: Legal Information and Further Assistance
The operation and administration of the PBGC resides under the jurisdiction of the legal field classified as Administrative Law; this genre of law is primarily associated with events and circumstances in which the Federal Government of the United States engages its citizens, including the administration of government programs, the administration and operation of government agencies, and the establishment of a legal, regulatory federal standard – you can find both the primary address and telephones number of the PBGC below:
Pension Benefit Guaranty Corporation
1200 K Street, N.W., Suite 11101
Washington, D.C. 20005
(202) 326-4040

The following details outline the administration of the Pension Benefit Guaranty Corporation (PBGC):

The Pension Benefit Guaranty Corporation was founded on September 2nd, 1974 in conjunction with the passing of the Employee Retirement Income Security Act, which established the terms and conditions expressing requirements for pension plans offered to employees

The Director of the Pension Benefit Guaranty Corporation is Joshua Gotbaum

The following terms and Government Agencies are associated with the operations and undertakings of the Pension Benefit Guaranty Corporation:

The Department of Labor (USDOL)

A pension plan is a type of retirement plan is identified as a communal pool of monies or assets apportioned from earnings awarded to a federal or state employee at the time of their respective retirement fashioned to mirror their salary at the time of employment; subsequent to the analysis and management of deferral pensions, the PBGC will assist in the assessment of individual pensions awarded.

The Pension Benefit Guaranty Corporation functions as a government agency under the Executive Branch of the United States government, which is comprised of 3 total branches; in addition to the Executive branch – which is responsible for the regulation and enforcement of operational legislation existing within the United States of America – there also exists the Legislative and Judicial Branches.

Learn About the Paperwork Reduction Act