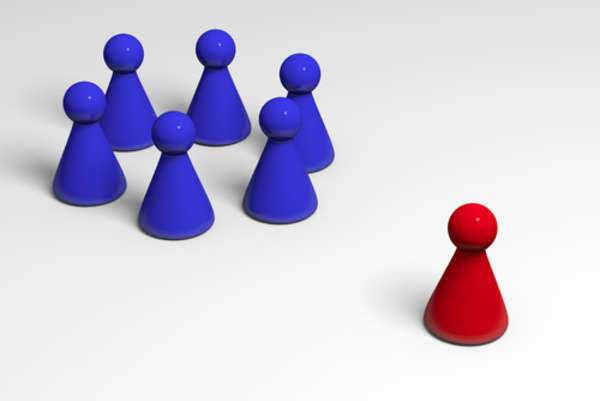 In 1972, Title IX was passed by the United States Congress. The goal of this legislation was to end discrimination on the basis of women. Title IX stated that no educational institution or entity receiving federal funding was allowed to deny anyone admission on the basis of gender. In 1974, regulations were issued to standardize implementation of this law. In 1976, the University of Miami was notified by the federal government that the Iron Arrow Honor Society was in violation of the law and therefore could not receive money from the school.

The University of Miami asked the federal Department of Health, Education and Welfare for time to establish new membership protocols. The Department agreed as long as the Iron Arrow Honor Society performed its initiation ceremony off-campus. Formerly, this initiation took place on a mound located outside the student union building. The Iron Arrow Honor Society then filed a lawsuit against the University seeking an injunction that would prevent the school from moving the initiation ceremony.

The case was heard in Florida district court, which ruled in favor of the school. The Iron Arrow Honor Society appealed the verdict, which was then reversed. A series of rulings brought the case to the Supreme Court, which sent it back down for further review before issuing its final ruling. In the interim, the university informed the Iron Arrow Honor Society that it would not be permitted on campus regardless of the Supreme Court's ruling unless women were admitted into the organization.

In hearing the case for the final time, the Supreme Court had to consider the issue of whether it could issue a ruling in a case which seemed to have already reached a conclusion. The University argued that since their decision about the Iron Arrow Honor Society was already made, there was no point in a further Supreme Court ruling. In an appeals court hearing, a split opinion concluded that it was still possible for the courts to order the University to take additional actions, such as forcing the Iron Arrow Honor Society to quit using its name.

A Guide to the Bureau of Economic Analysis